Back to News Overview
15th March

Will VED Changes Encourage The Move To Electric?

The pressure on businesses to go green is becoming ever stronger and the new changes to VED will drive the point home even more, especially for fleet operators. Fleets up and down the country have been investing in hybrid and electric vehicles over the past few years, some starting slowly with one or two company cars to test the water and others diving in the deep end with fully electric fleets.

Some fleet managers have been hesitant to make the switch due to uncertainties with battery life and high initial costs to buy the vehicles and install charge points. However the government wants to show that the UK is a leader in the global race to lower our carbon footprint and has introduced changes to VED to incentivise businesses, and the public, to make the switch. (Or, if you’re being cynical, to penalise those who can’t or won’t make the switch.)

The changes, which come into place on April 1st 2017, will see as much as a 950% increase in VED (or road/car tax as many refer to it) for many vehicles and even PHEV/hybrid/dual fuel vehicles will suffer a similar fate and lose their VED exemptions. Only fully electric or hydrogen fuelled cars will retain their exempt status.

With these changes on the horizon how will fleets respond; will the obstacles of battery life/charge time/initial cost still sway the decision or will the investment in EV infrastructure and higher tax for non EV’s win them over? 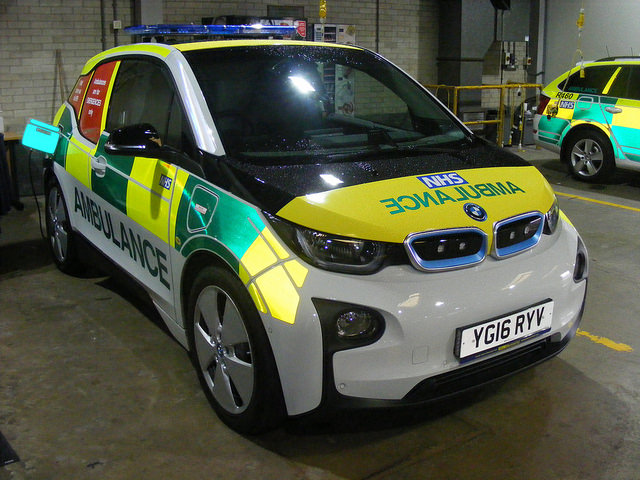 For the emergency services it could be argued that the decision is a bit more life or death, after all for us to rely on them, they need a reliable fleet. London Fire Brigade is leading the way for the blue light sector by ordering a fleet of Electric front line cars and plans to make the vans electric too. They were able to fund the move to EV by applying for an OLEV (Office for Low Emission Vehicles) grant which includes charging stations which will be available for public use as well. Roll out is expected towards the end of 2017.

The Met police will follow suit with an investment of £21 million for 250 green cars (a mix of electric, hydrogen and hybrid).

And the North West Ambulance service is hot on their heels; currently trailing 4 electric RRV’s (Rapid Response Vehicles) in the Bury and Rochdale area with a view to ordering the BMWi3 model.

The Volkswagen Group has invested heavily in developing their electric car offerings and now can boast a range available from those under the VW umbrella; VW have their e-up, e-golf, and hybrid Passat. SEAT have matched the e-up with their eMii and Skoda have revealed several concepts but won’t have an all-electric car ready to sell until at least 2020 – set to be the Superb.

Other electric options include the Peugeot Ion or BMW i3 which has proved to be ideal as a First Response vehicle, and the slightly larger Mercedes B-class electric which has a range of 124miles and a 0-62 time of just 7.9 seconds. 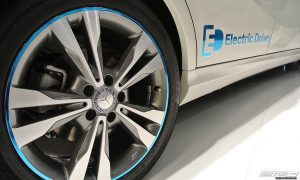 So far we have yet to see any electric vans converted for emergency service use, only smaller cars, but we’re sure it’s on the cards for the near future. With technology advancing at the rate it is, and governments around the world investing in green agendas, it’s only a matter of time before the wider fleet market looks to electric vehicles to form the majority of numbers.