Back to News Overview
23rd November

What do you get if you cross a Fire Fighter with a Paramedic?

No, the title to this article isn’t the opening line of a terrible joke. In fact, it’s a legitimate question. Due to fewer fires, the immense strain currently being felt by ambulance services, and the need to treat accident victims as soon as possible, a lot can be said for merging these two occupations into one profession.

In fact, some fire and rescue services have already started to join forces with ambulance colleagues in order to increase response times and ultimately save more lives. But despite the benefits that this collaboration can bring, some oppose this proposal, most notably the Fire Brigades Union. 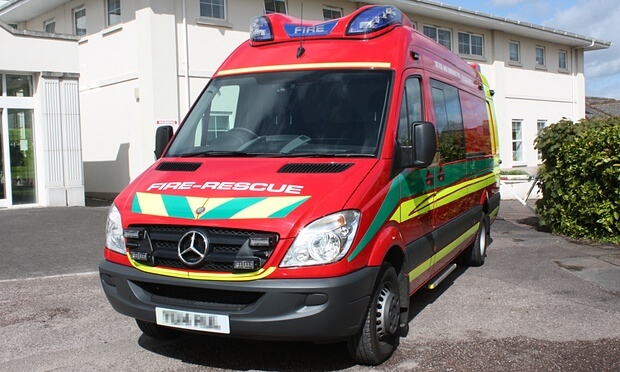 According to chief fire officer Lee Howell, the Devon & Somerset Fire and Rescue Service has been lending a helping hand to paramedics across the two counties. This is because fire fighters can attend medical emergencies more quickly than the ambulance service, as most towns and large villages have a fire station.

What’s more, the chances of survival for a person suffering from cardiac arrest increase dramatically when they receive medical treatment at the earliest opportunity. In the last year alone, fire crews in Devon and Somerset attended 4,253 medical emergencies and in 85 per cent of cases, were able to stabilise the patients until they received further treatment

Even though fire fighters from the Devon & Somerset Fire and Rescue Service have been trained by the ambulance service to provide CPR and basic life support as far back as 1997, Howell wants to build on this relationship in the future.

He explains: “We are looking to go further and are now piloting a combined small fire engine and ambulance that would allow us to consider patient transfer in the future or at the very least, provide a place to provide treatment protected from the elements.”

Equipping fire fighters with medical skills for all situations 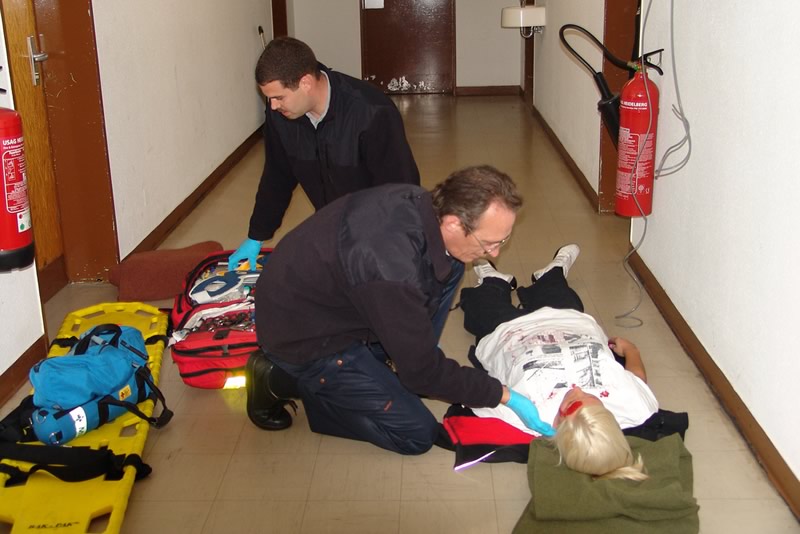 A small percentage of fire fighters undergo “Trauma Technician” training, which aims to provide a standard of knowledge and skills needed to deal with serious or life threatening injuries. After all, out of the 3,400 fatalities on UK roads every year, it is estimated that 40 per cent die from easily treatable causes such as a lack of oxygen (Hypoxia) and reduced blood volume (Hypovolemia).

But it isn’t just road traffic accidents that fire fighters could potentially help with, as even basic medical knowledge would help treat victims of house fires or other situations where the rescue skills of the fire service is called upon. 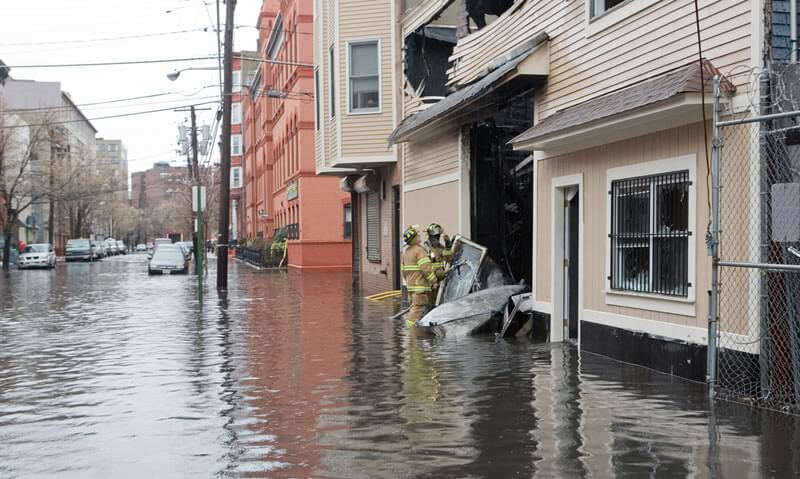 In defiance of the advantages that fire fighters with basic trauma life support skills can afford, the Fire Brigades Union believe that such a move will do more harm than good.

“The knock-on effect means that fire emergency calls and vital fire prevention work will be compromised as well as the ability to respond to other fire emergencies at a time of year where fire fighters are expecting to deal with an increasing number of incidents across the UK because of adverse weather conditions,” cites Neil Carbutt, Brigade secretary for South Yorkshire Fire Brigades Union.

But in nearby Lancashire, which had the worst ambulance service performance figures in the country last December having responded to just 59 per cent of “red” emergency calls within eight minutes, deputy chief fire officer Justin Johnson responded by saying: “If I have a heart attack, I don’t care if the uniform first to the scene is green, blue or red.”

Lee Howell is also of the opinion that “people don’t care about the uniform being worn by responders but want immediate life-saving intervention.” He also addresses the concerns of the Fire Brigades Union and believes that fewer fires in recent years can allow fire fighters to help ambulance crews when needed. 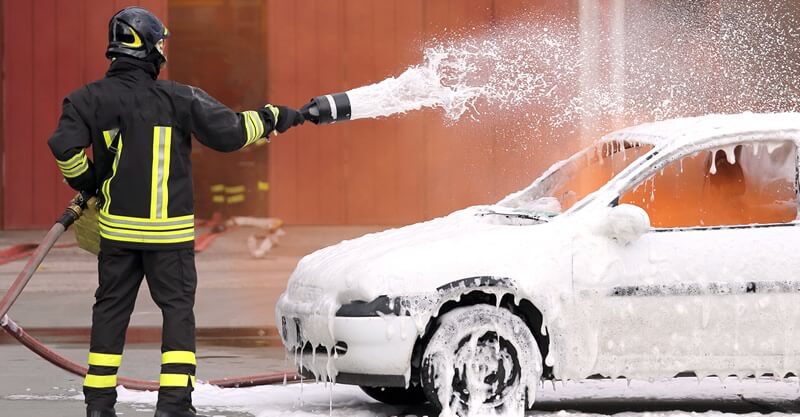 Figures released at the end of August 2015 revealed that fire brigades attended 495,000 incidents in the year 2014-15, a decrease of 42 per cent compared with ten years ago. On top of that, only 31 per cent of these incidents were actual fires: 44 per cent were false alarms, while other operations such as floods, road traffic, and animal rescue made up the rest.

While the 258 fire deaths in 2014-15 is a sombre statistic, this was actually 16 fewer than the previous year and 30 per cent lower than ten years ago. Coupled with greater awareness and preventative measures, Howell believes there is no reason why fire fighters cannot assist in meeting the demand for ambulance services.

“The number of fires is reducing, partly as a result of fewer people smoking or using deep fat fryers, partly from foam-filled furnishing regulations and the requirement to have smoke detectors installed in all new homes, but also as a result of our fire prevention work,” notes Howell.

“While fires have reduced, demand for ambulance services has increased, all while financial pressures are greater than ever. If the fire and rescue service has the skills, capability and in some areas the capacity to support the ambulance service, we have a moral duty to improve life chances and really save lives by working even more closely with paramedics.”

Over to you. Let us know what you think in the comments section below!

The technologies and initiatives that are helping to reduce vehicle emissions